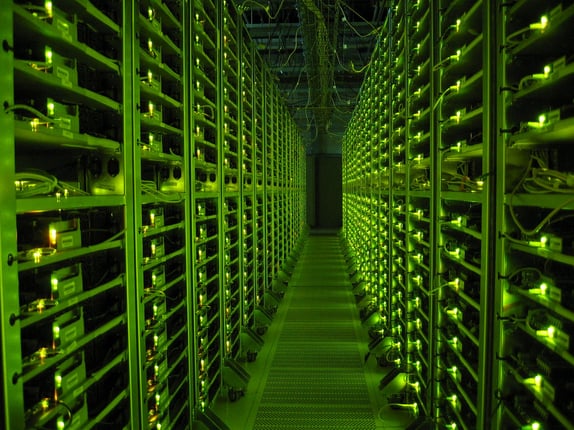 "The idea is novel, in that it adds an energy savings dimension past standard Codes for envelope, HVAC efficiiencies, and LEED requirements. No Code I am aware of addresses optimization of electric delivery and distribution systems that can be quantified by a similar method. If successful, the electric design industry can add a powerful tool to electric energy optimization even before a building is completed."

Last article: Save at least 7% in energy use

In our last article, we discussed our application to the US Department of Energy for a grant to incorporate PowerCalc's energy savings module into the Whole Building Energy Savings platform. This is a global initiative moving the earth forward to save energy in buildings. Our application was approved, but did not make the priority for funding based on the project's specific objectives (sensors, etc.) The above quote is from the DOE reviewer's assessment. https://www.powercalc.co/article-1-of-3-commit-to-green-at-least-7-energy-saved-1

In this article, let's discuss the impact PowerCalc's energy savings module could have on the design and operation of data centers.

How does this apply to a data center?

Without a doubt, reducing energy use at data centers costs is a driving force in the "green" movement. While acres of servers exist, this equipment is just a pile of junk metal without the electricity necessary for operation. In today's world, the need for energy savings at data centers is one of the most compelling in the universe of facilities.

To give you an idea: US data centers used more than 90 billion kilowatt hours of electricity back in 2017.  Globally, this number was more than 416 terrawatts. That's about 3% of the total global consumption of electricity.

With the world's increasing use and dependence on computers, continuously expanding with the explosion of streaming video, internet connected devices, and artificial intelligence, the demand for electricity is expected to double every four years. This rapid expansion will not only require massive increases in the number of data centers, but also require more and more power plants to meet this ever increasing demand for electricity.

What's been done to date?

Efforts to reduce energy consumption at data centers have been heroic - from improving server power draw to reducing energy use in storage, network, and infrastructure.

This initiative has not only been successfully implemented, but accomplished while minimizing any negative impact on advances in performance: speed, electrical efficiency, storage capacity, and port speeds. https://eta.lbl.gov/publications/united-states-data-center-energy

What else needs to be done?

Despite this progress, has the need for energy efficiency at data centers been solved?

Clearly, the efforts cited have optimized energy efficiency by addressing "low hanging fruit".  In fact, the power usage effectiveness (PUE) of data center, i.e., the ratio of total power required to run a facility versus the power involved, has continued to be reduced.

But the growing crisis at data centers continues: an insatiable need for energy. Without a some major improvement in efficiency, how can  the need for more and more processing powered by more and more electricity ever be met?

The solutions appear to be either (1) a disruptive change in technology or (2) construction of many more power plants typically using fossil fuels.

As discussed in our July 12th newsletter, PowerCalc's energy savings module provides the disruptive technology to save 7%+ of energy use by optimizing the design of the power distribution system inside the facility. In this case, inside the data center.

PowerCalc's approach is unique: it focuses on the conductor / wires that transmit electricity...the single largest link between the generation and end-use consumption of electricity.

As further discussed, PowerCalc's patented bottom-up approach to the design of the power distribution system in a building allows for the most detailed calculations to be performed: the size of the conductor.

For the first time, the ability to calculate and specify the exacting detail of conductor sizes is easily possible. No need to just use the same conductor size throughout a facility's design. This added design feature can save at least 7% in energy use and very likely a lot more. Energy Savings Module

PowerCalc's automation of the design of the power distribution system finally allows for the specification of such exacting details. PowerCalc's energy savings module is a first in saving energy prior to a facility even being built or renovated by focusing on how electricity is transmitted / distributed.

PowerCalc is applying for more grants. As part of this process, we are looking for partners to work with on relevant projects. If you'd like to work with us, it would be great to speak with you. See my contact information below.

FREE Demonstration:
Join us for lunch on Friday, August 2nd, for a free demonstration of PowerCalc: software that automatically designs the power distribution system inside a facility and simultaneously generates the 1 Line Diagram.
Sign Up for FREE Demo.

James Khalil, P.E. is President, Co-founder and Inventor of PowerCalc. He has 30+ years of experience at his MEP firm in Delray Beach, FL and with Carter Burgess (now Jacobs) in Fort Worth, TX; Mason & Hanger (now Zimmerman) in Lexington, KY; and Gee & Jenson (now CH2M) in West Palm Beach, FL. He received his B.S. in Electrical Engineering from the University of Texas. His experience includes projects for Saudi Arabia and Qatar; the US Departments of Energy, State, and Defense; and universities, schools, health facilities, and arts centers.